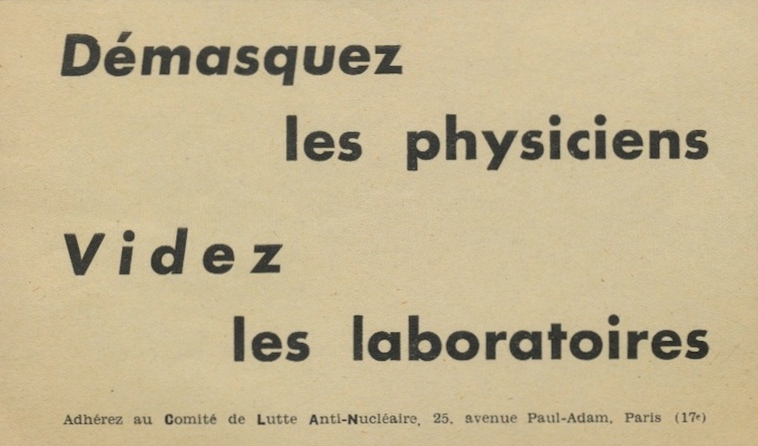 Edited by Jacob Lund and Mikkel Bolt Rasmussen, issue no. 49-50 of the Nordic Journal of Aesthetics is dedicated to “Art, Remembrance and History.” In addition to articles by the editors, Gene Ray, Gavin Grindon, Ernst van Alphen, Terry Smith and Peter Osborne, it also contains my essay “Apocalypse (Not) Now,” which examines artistic and activist responses to Hiroshima, Chernobyl, Fukushima, and the daily (un)reality of the post-war nuclear regime.

I will continue to work on the subject matter in lectures and a final(ish) article or book chapter. Unfortunately, a few typos and other glitches made it into this text -including, most embracing, the year 1946 for the Hiroshima and Nagasaki bombings. That year was supposed to go with Wolfgang Paalen’s play The Beam of the Balance, which responds to that event. While I’m a Gutenbergian, one vexing aspect of print is that these things stare everyone in the face and continue to be overlooked till it’s too let and the text is set in ink on paper.

Image: papillon advertising a 1958 tract against nuclear power written by André Breton and signed by a number of Surrealists and hangers-on.