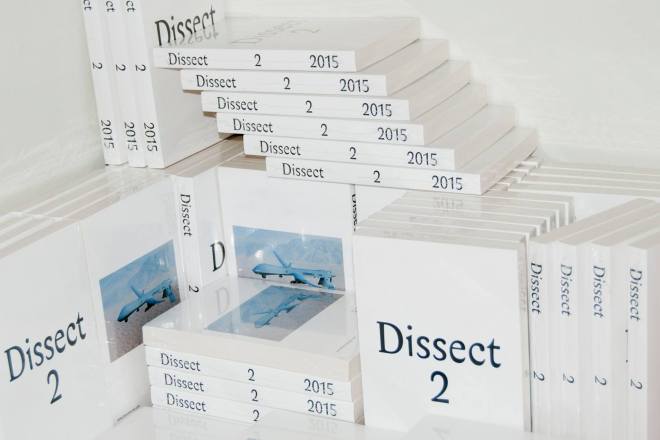 Dissect is a new Australian journal of contemporary art. When the editors asked me to contribute something to their second issue, on art and the digital condition (or post-internet art, if you prefer), I offered them an extended version of the text that I’d written for Paul Chan’s award-winning New New Testament. That shorter version was called “Paul Chan’s Book Club”; the maxi remix is titled “Rewriting the Book.”

Issue no. 2 of Dissect is being launched down under these days: click here for more information.

The long-term project KIM at Leuphana University of Lüneburg was an “innovation incubator” (that’s EU speak for you) that focused on the production, distribution, and the construction of the value and price of contemporary visual art. As its final result, the incubator has now hatched the massive publication Art in the Periphery of the Center (published by Sternberg Press).

For the section “The Return of History,” I contributed “Liberating Laziness: Chronopolitical Remarks,” a reworked version of an essay that previously appeared (under a subtly different title) in Mousse.