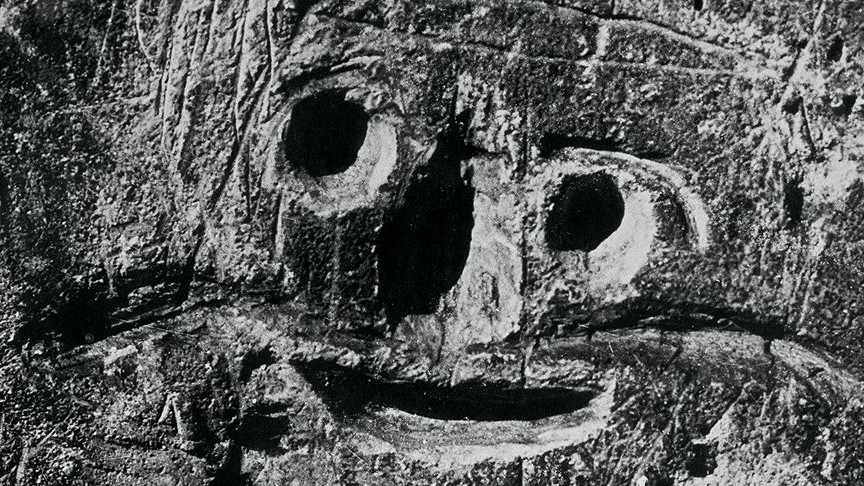 Artist Matthijs de Bruijne once paid the Van Abbemuseum the highest compliment when he characterized it as one of the few museums that are worthy of being critiqued; with most institutions and their projects, it seems pointless to even engage in a critical exchange. Looking not only at the Netherlands but at Europe overall, the group of institutions that truly matter, that can be engaged with critically and worked with productively, is not exactly enormous. The Haus der Kulturen der Welt in Berlin is perhaps foremost among those. I’ve spoken at HKW symposia and conferences a number of times over the years, and it’s a serious annoyance when I miss one of their exhibitions because my commitments don’t allow me to visit Berlin at the right time.

The upcoming exhbition Neolithische Kindheit, which is on view from April 13, focuses on the time around the year 1930 as a period of crisis when, “[for] the artistic avantgardes in Europe, the contemporary condition also became problematic; the impositions of the present led artists to break out into an imaginary realm of the archaic and the exotic— seeking out alternative origins and points of departure for humanity. […] Taking its cue from texts by the extraacademic art historian Carl Einstein, an exhibition and conference will thematize the upheavals, openings, and contradictions that became manifest in art and the humanities from the 1920s into the 1940s. The ‘Neolithic Childhood’—a concept used by Carl Einstein to characterize his understanding of Hans Arp—seemed to be a helpful fiction through which to critique the present.”

The show has been curated by Anselm Franke and Tom Holert, with an advisory board composed of Irene Albers, Susanne Leeb, Jenny Nachtigall and Kerstin Stakemeier. I contributed two short texts on the subjects of autonomy and myth(ology) to the publication, and I will participate in the conference that takes place on May 26-27.

On a somewhat related note, I’ve posted my 2016 Texte zur Kunst piece “Returns of the Stone Age” on the “Articles” page, which I will try to update more generally in the near future.

Texte zur Kunst no. 109 (March 2018) starts with a thematic section that “considers art’s relation to rules — or rather, the exceptions to them that art and its agents seem to claim. How can we speak of rules in the context of art, where transgressions are lauded even while traditional hierarchies (class, gender, race, sexuality) continue to assert their influence? And would we demand anything less of art than the promise of disobedience, rule breaking both in terms of formal restrictions and normative regulations? Therefore, in this issue we ask: by what rules does the art world play, and how are transgressions made visible/invisible therein?” 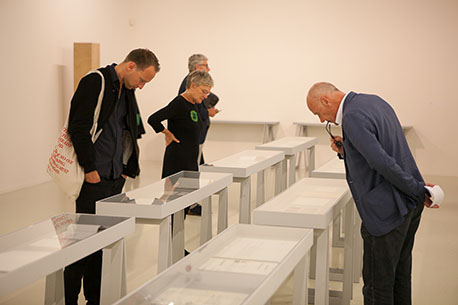 My own contribution to this issue is a review, “The Distance Between Stanley Brouwn and Yourself,” which discusses three Stanley Brouwn exhibitions that were put on in the months following his death. On the basis of these shows, I reflect on the artist’s legacy and on the critical and scholarly perspectives that strike me as valid and productive.

Meanwhile, TzK has put my essay on Günther Förg from the previous issue online. As this essay also discusses the role played by Amsterdam’s Stedelijk Museum in the reception of his work, as well as the current crisis of this institution, it deserves an update now that a farcical chapter has been added with a petition clamoring for Beatrix Ruf’s reinstatement as director. I will have a few things to say about this petition, which had been in the making since december and failed to get any real traction, in the updated Dutch translation of the text that will be published this spring.

By then, the Stedelijk’s Günther Förg retrospective will also be on view. As the original version of the essay was written for the catalogue of that exhibtion, only to be withdrawn in the face of populist ineptness and paranoid censorship masquerading as editing, things wil have come full circle.

On a further note, it appears that the name of the French philosopher Concordet has been “corrected” to Concorde after I signed off on the text. Admittedly, Concorde sounds more supersonic….